Like many others, I’m sure that you’re ready to catapult towards your goals for the New Year!

You’re determined that this will be the year and refuse to let anything hold you back…right?

You’ve bought planners, gym clothes and are sprucing up that resume, but research says only 8% of you will ever cross the finish line.

The other 92% will give up within 30 days and return to business as usual.

Their failure to achieve their goals is usually disguised as misfortune or a busy schedule, but there are far more relevant obstacles that contribute to their defeat, such as a lack of planning, unrealistic goals or a deficiency of resources and\or motivation.

Yet, even when the journey has been mapped and prepared for, there are four silent assassins who can kill your chance at success quicker than anything.

They are aloof saboteurs who rob us of the win, long before we enter the race and our ability to identify and uproot these “deadly killers” places favor firmly in our laps and the wreath of champions within our grasp.

When I was a young girl, shame wrapped around me like a wet blanket.

I was ashamed of my father’s alcoholism.

I was ashamed of the loud arguments and fights that would pour out of my home.

I was ashamed of being poor and how my body grew.

I had a litany of things that brought me shame, weighed me down and clipped my wings just like many of you.

Shame takes you to a low, dark place that makes it hard to thrive.

The facades, secrets, lies, and feelings of unworthiness, keep you suffering in silence because asking for help requires disclosure and disclosure only brings more shame.

However, light and dark cannot exist in the same space and help is the light that you need.

You can’t play the game in the dark and you’ll never make that shot wearing a blanket.

We all have a story or two and tell it every chance we get.

“If it weren’t for XYZ, then my life would be…”

However, the “Blame Game” is a cheap parlor trick that casts us as victims, brings temporary comfort and never sees results!

It ignores the fact that humans are resilient as hell and can rise and be great, in spite of tragedy.

Blame may deflect the pain for the moment, but it never won a championship.

A healthy dose of fear has helped humans escape the mouth of a Tyrannosaurus Rex and it certainly kept me from making one or two foolish decisions in my youth.

However, on the same note…

and the fear of failure kept me bound to jobs that I hated.

The problem is that many of us are unable to identify a true threat.

We stay on high alert about everything from moving to a new neighborhood, to trying a new restaurant.

Every new situation feels like impending doom and so we never move past the boundaries of our comfort zone.

However, what you want is “out there” and you’re “in here”.

How bad do you want it?

Let the truth be told that many of us harbor envy in our hearts.

We’re constantly looking at the lives of others, wishing that we had or were, what they have and are.

“Why them and not me?”, we say as if we all were not given a portion of talents and good fortune came in limited amounts.

Envy is a distraction that keeps you observing and comparing, instead of working your program…

and winners know that focus is key!

Tell me, how do you expect to win the race when you can’t stop looking at the guy in the lane beside you?

At some point, you have to decide which tribe you’re going to ride with.

The 92% of people who will fail at their goals or the 8% who will win.

The easiest thing you can do is fail; just stop whatever you are doing.

However, if you plan to join a tribe of champions, then you have to do what champions do and part of that is releasing shame, blame, fear and envy.

To hit the mark, you’ve got to be able to maneuver in a matter of seconds and that requires that you travel light.

So, shed light on the things that bring you shame.  They only thrive in darkness.

Kick blame out of the car and snatch the wheel. You are the Captain of your ship.

Do the thing that you fear the most and fear will release its grip on you.

Lastly, know that you have and are, everything you need to be successful. Simply use your resources and keep your eye on the ball.

Get up, tribe up and suit up my friend.

Game on! If you have questions or want to learn more schedule your Free Strategy Call with me. 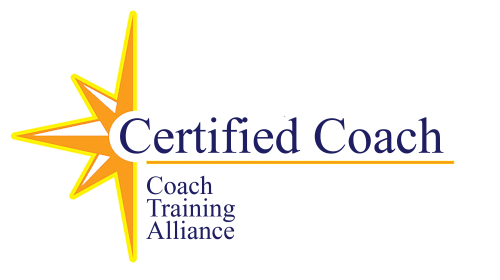